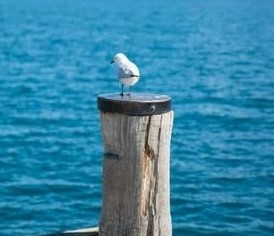 Computer Science is progressing in the path of AI. With the invention of neural networks, deep learning has also been possible. But we are still not able to attend the result that we expect. The researchers are continuously working on preparing algorithms that can replicate working mechanism of human brain. But, why is it so that we are still not able to attend the results we expect? In the case of CNN(Convolutional Neural Networks), the network is not able to give generalized results and also not able to classify the image with high accuracy where there are complex images.

It might be because we are not preparing algorithms as per the working mechanism of human brain. There are mainly three aspects that human brain considers and we are highly missing it in Deep Neural Network. The human brain has not been prepared in small course of time but has taken years of evolution to attend a network structure in brain which can solve very complex task with minimum input provided. Humans have DNA that they acquired from their parents which their parents obtained from their parents and so on. We are still not able to use the past network structure and their outcomes in our current algorithms as human brain does. The other aspect is that we are not considering how a human brain learns, how a child learns from environment. A child at the time of birth can only perceive very small amount of data which the child uses in its life when crying, being happy. Then the child optimizes those procedures again and again which we called is been inbuilt to subconscious human brain. After sometime, that child will be able to perceive a little more information and then optimize it. It also generalizes those information rather than just perceiving specific set of data. Then it tries to perceive more data. This process of optimization and generalization continues throughout the lifetime of human. We are not able to find a way for this generalization in existing algorithms. The other important aspect is; we are only considering a specific portion of senses as input data to neural network. But we missed that the human brain not only takes image input or sound input separately and process them separately but does this at once. We cannot imagine a person with only one sense organ and is capable to survive nicely. This is due to the amount of data inputs required for person to survive properly. Similarly, the networks cannot do very well with only one aspect of data inputted at once for learning.

There are some of the algorithms being introduced like One Shot Learning which learns from pre-trained network. The method can be resembled with the transfer of genes from parents to child. Recently, Robot Sophia has been seen to take more than one forms of input i.e. image, speech like human does, to make decisions. But this procedure is not as efficient and developed as that of human brain.

With all the research taking place, this is very exciting time for AI researchers and Programmers. We hope to see a lot more coming in this field.